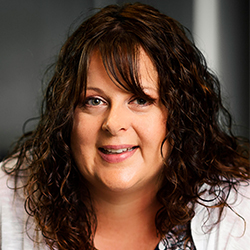 Dr. Jodie Warren earned her Ph.D. from Simon Fraser University in the School of Criminology in 2018. Her research was recognized with distinction and the presentation of the Dean’s Convocation medal. Dr. Warren’s research interests include forensic entomology and estimating the time since the colonization of insects using innovative techniques that employ remote sensing to infer an estimated post-mortem interval in death investigations.

Dr. Warren’s extensive casework began in 2001 and has involved death investigations, including multiple serial killer investigations primarily, but also elderly, child, and animal abuse and neglect in the living. Her research at San José State has been dedicated to collecting relevant data to apply to local investigations.

Dr. Warren is proud of her First Nations ancestry and membership in the Métis Nation of British Columbia.