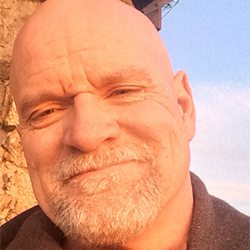 Professor Lynch obtained his Master’s in Sociology from San José State University in 2015. His thesis explored hegemonic masculinity as it relates to gay, lesbian, and bisexual identities in core North American team sports. He has written editorials and articles about the intersection of crime, inequality, and sport for the popular press. His articles have appeared in the San Francisco Chronicle, SFGATE.com, ESPN, and The Athletic. He has also appeared on ESPN’s “Outside the Lines,” KQED’s “Forum,” and the “California Report.” He co-hosts “Inside the 5” every fall on the Bay Area’s CBS affiliate, KPIX. Courses taught include Sports and Social Issues; Inequality; Media and Justice; Introduction to Human Rights and Justice.