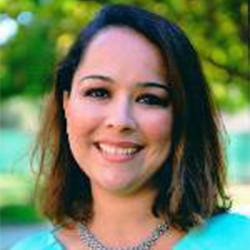 Halima Kazem-Stojanovic is an investigative journalist and a Justice Studies professor at San José State University. She writes about human rights and social justice issues in the United States and abroad. Halima has been a journalist for 18 years and has spent almost a decade reporting on Afghanistan's war and rebuilding efforts. Her work has been published in the Los Angeles Times, the Guardian, the San Francisco Chronicle, Al Jazeera America, and the Christian Science Monitor. Halima's reporting assignments and her love for traveling have led her to New Zealand, Serbia, Italy, Egypt, Turkey, Uzbekistan, India, Dubai, Greece, Germany, and many more countries. She started her career as a television news writer and field producer in the San Francisco Bay Area and worked as an associate producer of news documentaries at MSNBC News. Halima is the recipient of a 2002 Scripps-Howard for journalistic excellence, a published children's book author, and the co-producer of a documentary chronicling the campaign of the first female presidential candidate in Afghanistan.