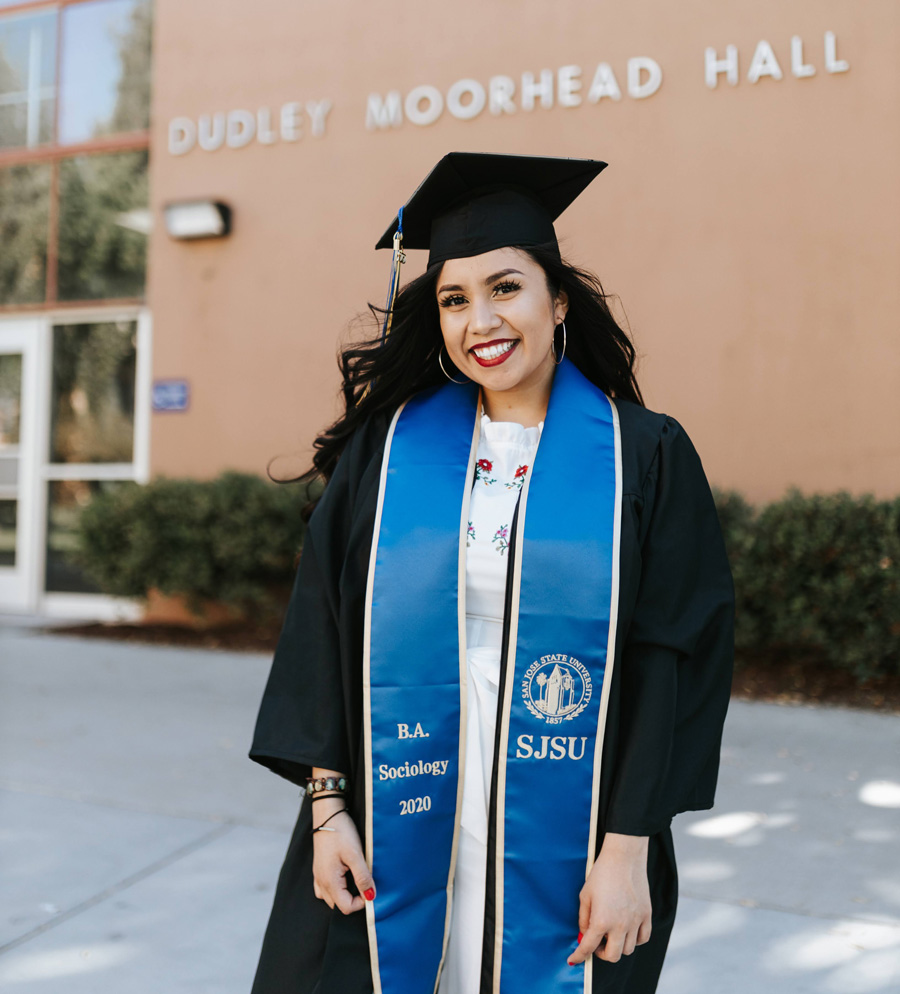 Before graduating high school I applied to SJSU and my application unfortunately got withdrawn. I was devastated. I didn’t let that stop me though. I took a year off after graduating high school and worked to save money for college for the following year. I applied once more to SJSU in hopes that I would get accepted. A couple months later I was so excited that I had received my admission offer!

I had no idea how much SJSU would transform my life. I moved to the city of San José and built strong friendships with my peers and strong relationships with my professors. I majored in Sociology and pursued a minor in Chicana/o studies and felt represented and supported by staff and professors who wanted to help me succeed. I also found a community within EOP that supported and mentored me to become who I am today. I was involved with organizations on campus and worked for other jobs off campus as well. I found myself becoming a part of the city of San José.

SJSU transformed me in more ways than one, but I am glad I never gave up on myself and took the opportunity to apply again because I had no idea the amazing things that were in store for me. I graduated spring 2020 and moved out of the Bay Area to Southern California. I work as a case manager for a non profit and just accepted admission to CSU Northridge for a masters in Social work.

SJSU fostered a passion and purpose within me to help others. I will always be thankful for my life and experiences at San José State.