The following table lists the emeritus faculty at SJSU.

For a history of emeritus professors written up by Bradley Jackson, see A History of the San José State Math Department. 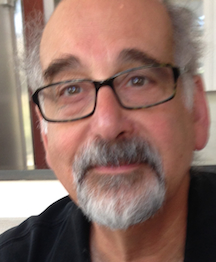 Roger Charles Alperin, a career mathematician, passed away peacefully on November 21, 2019 at his home in Carlsbad, California. He was 72.

Roger leaves a substantial mathematical legacy.  He published and presented extensively in the fields of group theory, algebra and number theory, and geometry and mathematical origami. He had a special  passion for origami and devoted  twenty years to developing foundational elements of the mathematical theory of origami constructions, folds, and numbers. Roger continued publishing and presenting in retirement and continued to work on math projects until his passing. In September of 2018, he presented three papers at the 7th International Meeting on Origami in Science, Mathematics and Education.

Roger will be remembered for his wonderful sense of humor, warm smile and commitment to family. His other interests included travelling, hiking, and beachcombing, especially for sea glass and seashells.

Roger was born on January 8, 1947 in Cambridge, Massachusetts. His late parents were Gladys (nee Swartz) and Melvin Alperin.  His survivors include his beloved wife Gaye Lending Alperin; his sons from his first marriage, Howard (wife: Patricia) Alperin and Joshua (wife: Pilar) Alperin; and his granddaughter Alicea Alperin. He will be remembered as a loving stepfather to Marissa Holloway and Kara Solomon and an adoring grandfather to their children, Zoe Hormell, and Sophia and Mollie Solomon.

We are deeply saddened to announce the sudden passing of our dear colleague and friend Roger Dodd on the evening April 8th.

Roger was a professor in the Department of Mathematics and Statistics at SJSU as well as a Fellow at Trinity College, Dublin, where his research interests included integrable equations, dynamical systems and general relativity amongst other areas.  Professor Dodd earned his Ph.D. in General Relativity from Hull University in England, after which he worked as an industry software programmer, a mathematics postdoc at the University of Manchester, and a consultant to institutions such as NASA and the Center for Nonlinear Studies at Los Alamos National Laboratory.

Professor Dodd was respected by his many colleagues, such as Sir Roger Penrose, for his dedication, enthusiasm and sheer enjoyment of doing original research.  Outside of the university, he performed with different semi-professional musical groups, be it in Russia, Japan or Oxford, where he played flute, classical guitar and piano.  And while he was happy wherever he was, his heart was always in England.  He was beloved by his students as well; as one student wrote "Prof. Dodd was an amazing professor.  He helped me explore the depth of not only linear algebra but also generalized mathematics.  He created a very supportive environment for his students like me to thrive... He is a very kind person and a person who would be happy to help."

Professor Dodd is survived by his wife Roberta and his son Alec.

Department of Mathematics and Statistics